My big brother, Bob Gillis, is way cool. Back in the 70s, when I was a teenager, he invented an extraordinary, brand new kind of tent. It was round and had slender poles arching over it. It was the first dome tent. My friends and I thought it was beautiful and really fun to sit in.

It was also superbly functional. Bob’s dome tent used less fabric, so it weighed less and cost less than other tents of the same size. The design, in which the fabric was supported by poles in many places, made it much stronger and more stable in the wind. All of this remains true of the tents he makes today.

Back then, his innovations were groundbreaking. So much so that now, more than forty years later, virtually all backpacking tents use the key design elements of that first dome tent!

Fast forward to the 90s. By that time, I had a young daughter who loved to have sleepovers in our backyard in one of my brother’s tents. Once again her uncle Bob revolutionized tent design. This time he figured out a radical new way to solve two age-old problems with tents: they leak and water condenses inside of them.

The main source of leaks in tents is needle holes. Most tents are made by sewing panels of fabric together. In some dome tents, the poles are held in fabric sleeves that are also sewn. This creates thousands of holes. You can cover them up with tape, but tape wears out over time. You can paint over them with seam sealer, but that is messy and doesn’t last long. You can cover up your whole tent with a rain fly, but rain flies themselves are sewn. They also add weight and cost.

So being an inventor, my brother asked himself some what-if questions: “What if I could hold the panels of a tent together without sewing them? What if I could connect the poles to a tent without puncturing it in any way?”

After huge amounts of trial and error, he invented what he calls Grip Clips™, now found on all of his tents. They are like little embroidery hoops, two rings that fit together tightly enough to hold the tent fabric taut between them. He added a loop of nylon string to one of the two hoops and attached connectors to hold the poles.

Voila! No more needle holes. And, as it turned out, much less condensation. The panels of fabric overlap one another like shingles on a roof, allowing the air to flow under them and the tent to breathe.

One more thing I just have to brag about. For more than 20 years now, Bob has provided tents for international relief efforts. The design elements that make his tents unique make them perfect shelters for refugees. The tents are roomy and inexpensive for their size, lightweight and easy to move, and very resilient in all kinds of weather. They have sheltered thousands of disaster victims all over the world. I’m SO proud of him.

Thanks for listening to me brag about my big brother’s work. 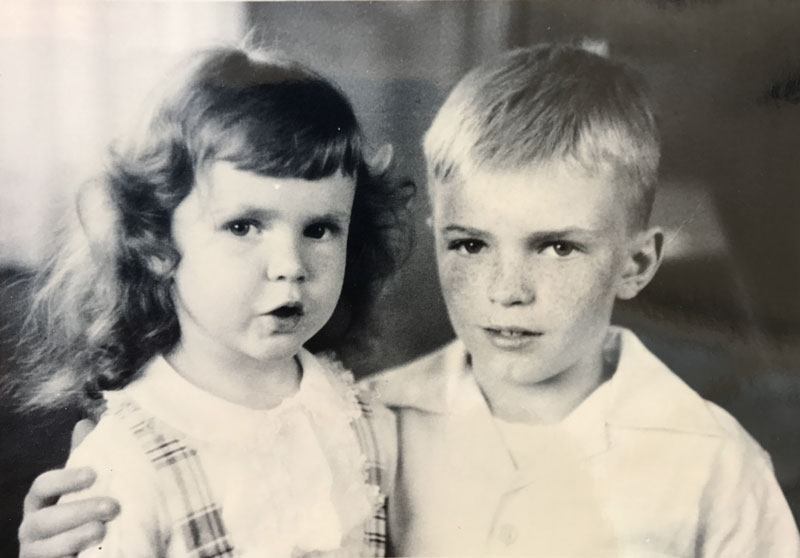